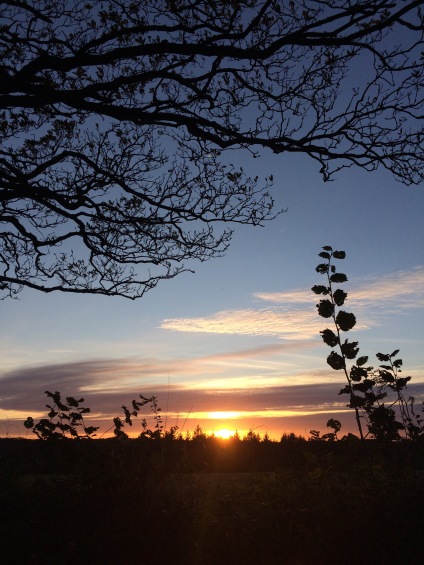 Since this is my first blog post, I was feeling a little unsure about what to write. I thought a bit of an introductory post or an extended ‘about me’ may help you to get a feel for me as a person and provide more of an insight into what this blog’s about. Having faced health issues over the past few years that resulted in symptoms such as depression, anxiety, fatigue, hair loss and joint pain to name a few, I have decided it’s time to share my story.

An accumulation of events led me to a point in my life where I was extremely stressed, completely unfulfilled and felt like I had lost all sense of purpose. During late 2011 things had reached boiling point. The long-term emotional stress I had been under (for various reasons that I will speak more about in future posts) had created physical problems. My self-esteem was pretty low at this time and to top it off, my face began to break out really badly. It got to the point where I had moderate acne! Personally speaking, I feel the acne was an external reflection of what was going on internally for me at that point in my life. I was feeling upset, angry, frustrated and vulnerable and this showed on my face.

After trying various things to clear my skin such as dietary changes, skincare and supplements. I became impatient and decided to go to a dermatologist for further advice, with a view that perhaps laser treatment might be an option. Makeup free and feeling extremely vulnerable, I entered the dermatologist’s office. I remember barely being able to look him in the eye and feeling highly uncomfortable. He quickly dismissed my idea regarding laser treatment and suggested that I consider taking a medication called Accutane (Roaccutane in Europe) but most people use the term Accutane so I’m going to use it for now.

From there on out everything seemed to happen so quickly. Before I knew it, I was leaving the dermatologist’s office with a prescription for a five and a half month course of Accutane. I’m going to write a full post regarding my experience with Accutane at another time but the drug itself is a very strong medication and comes with a long list of potential side effects. Known as a ‘last resort’ option, it’s meant to be used for moderate/ severe cases, where other treatments have failed.

At this point in my life, I was so convinced that if I had clear skin I’d be happy and so desperate for a solution, that I decided to give it a go. Like most people who take Accutane, I suffered with side effects early on. These were mainly mild and certainly tolerable such as dry eyes, skin and lips and sporadic bouts of eczema. I also went through the dreaded ‘initial breakout’ that most people get, where your acne gets much worse before your skin begins to clear.

About a month to six weeks after starting Accutane my skin began to clear. By the end of the five and a half months, I couldn’t believe that I had clear skin! Thinking about it now, I had been more ‘run down’ and tired than usual whilst on the medication but hadn’t thought much of it.

In March 2012 I travelled to South America. This was a trip that myself, and one of my closest friends had planned a few years previous and I was super excited! With a one-way ticket and backpack I flew out to Santiago to meet him.

Originally, I had imagined that I might have travelled for a year or so before returning to England but this was not to be. I became extremely ill whilst away! Symptoms began appearing early soon after arriving and the severity kept increasing. I’ll condense the story for now but basically I managed to hang on twelve weeks before having to book an urgent flight home. I looked pale and sickly, was extremely fatigued, had joint pain and was losing fistfuls of hair! Perhaps the most striking out of them all was how anxious I had suddenly become. I remember video calling my mum, sitting on the bathroom floor of our Peruvian hostel in floods of tears.

Home was the only option and so I booked a flight back to England. The journey home was a struggle, I really did my best but felt completely worn out. I remember feeling sore all over and my right eyelid being very swollen. The journey was made bearable thanks to an amazing girl called Sophie. We had actually met back in Peru at the hostel and she decided to get the same flight home as me. Her joyful, humorous nature helped me out so much (I still haven’t yet told her how much her company meant to me at that time.) We said our goodbyes at London and I rushed to make my connection down to Cornwall.

After I left Sophie, the journey became more difficult. Anxiety seemed to surround me like a swarm of bees I couldn’t escape from. I had never experienced this feeling in my life! It felt like everything was too intense; both colours and noise, like the volume was louder than usual and every little sound was magnified. My heart felt as though it was racing, a little like a restless butterfly flapping its wings. Sometimes this would get worse, and I felt as though my heart was going to fall out of my chest. Whilst this was happening, my breathing felt restricted as though there was a heavy weight on top of me and no matter how hard I tried I couldn’t get enough oxygen into my body. Thoughts raced inside my head; I was constantly trying to calm them, silence them, but could not reach them.

This was the most unusual state I had ever been in. I could never remember feeling anything like it before. After what seemed like an endless train journey, I finally arrived at Truro station. I stepped off the train, feeling as though I was a completely different person to the one that had departed from the same station twelve weeks previous.

My mum had come to collect me and I distinctly remember the moment when our eyes met. We were both overwhelmed and hugged each other, in that initial moment, we managed to say so much without saying a single word. Tears filled both of our eyes. We got in the car and drove home.

So from here on out is where my journey really began. Little did I know it would involve many lessons and physical, mental and emotional pain beyond anything I could have ever imagined.

Here I am almost five years on from the point everything seemed to collapse. I’m still working on myself, learning and growing and becoming stronger every day. My new-found level of health and wellbeing feels like the greatest gift I have ever been given. It feels as though I have my life back. The truth is, I don’t have me life back. I actually never lost anything, the pain was a gift. I am the person I am today because of my previous experiences and the journey I have been on. My intention is to share my story with others and to hopefully help or inspire others in some way.

Knowledge to Nourish will be a place where I will speak out about my personal journey and issues that have affected me. Having done a lot of work on myself to heal my mind, body and spirit in a holistic way, I want to write about what I have learnt. Food, cooking and photography are passions of mine so I’d like it to be a creative space for me to explore these areas further.

I look forward to sharing more with you in my future posts.